Well this is a lovely thing to wake up to, the music for I Am Not A Witch has been nominated for a BIFA!

After a bunch of congratulatory texts I had no idea what they were on about I saw the nomination against the likes of Carter Burwell and Paul Weller!!!

The film picked up 13 nominations in total, see here for more info 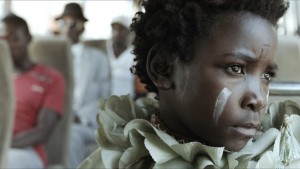