Here’s an update on some of the recent features I’ve scored. 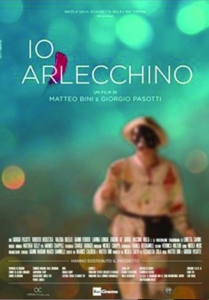 IO, ARLECCHINO dir. Matteo Bini, Giorgio Pasotti. A moving Italian film about old and new traditions told through a father and son relationship. I loved working on this film trying to capture a sense of antiquity, the vibrance and earthiness of the Comedia dell’Arte combined with a modern treatment and a nice amount of free reign to go epic! Cinematic release coming soon. 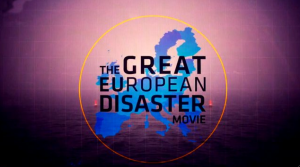 The Great European Disaster Movie Dir. Annalisa Piras for BBC Storyville. A controversial documentary with an interwoven dystopian fiction strand about the way the European Union could be heading if we don’t do something. This was a real joy to work on capturing the breadth and historical depth of Europe combined with a quasi-futuristic dystopia, perfect opportunity to do some wonky weird whilst exploring the wide range of music from across the continent.  Following on from BBC4 broadcast, currently being broadcast and screened across Europe.

As You Were Dir. Jeikai Liao. A subtle and powerful film, loaded with everything that goes unsaid in a relationship between two childhood sweethearts reunited after many years of separation. The gentle and experimental approaches in the film offered me the great opportunity of focusing in on being delicately understated one moment then to be throwing random objects inside a piano and severely mistreating it to coax out some industrial cityscape Singapore jazz mutants.